New perspectives for Israel-Palestine: a roadmap for global justice in the 21st century
Madrid, Spain | 20 November 2021 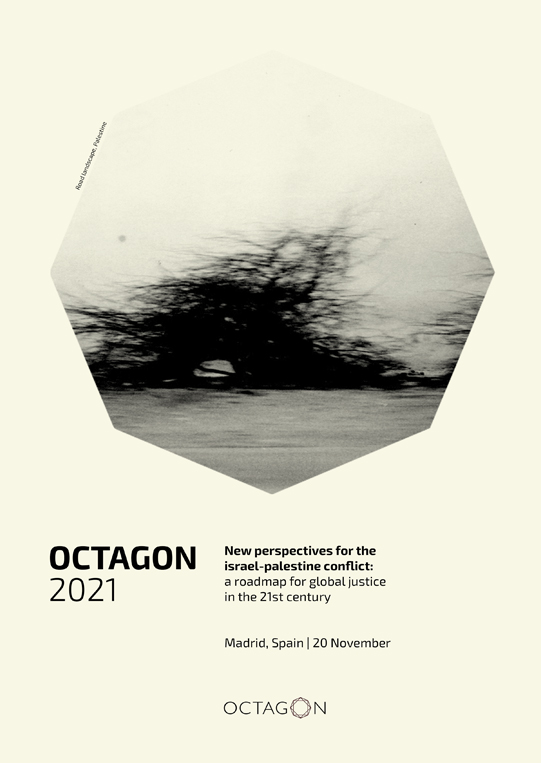 It has been 30 years since the Madrid Peace Conference paved the way for the Oslo Accords, and almost 20 years have passed since the Quartet on the Middle East sat down again in that same city to define its “roadmap for peace.” This gap in time is reason enough to posit that these international instruments have served the primary purposes of establishing geographical and demographical transformation in Palestine, at the expense of its inhabitants, in order to defend reprehensible political interests. Meanwhile, this whole time, the despair of a dispossessed, oppressed and besieged Palestine is increasing, while the Jewish community continues to face the rising threat of anti-Semitism. The whole process has become an alienated dispositive of action and the carrier of unattainable aspirations. Today, Jerusalem represents an open wound, Tel-Aviv a schizophrenic symbol, Gaza a shadow of a city under a permanent state of siege and apartheid, the West Bank a land ruined by the perversity of ethnic cleansing and colonization, alongside refugee camps and zones of extreme suffering in countries such as Lebanon and Syria.

It was the modern search for a solution to the conflict between Palestine and Israel that eventually led to coining the concept and phrase “peace process,” shaping the global imaginary of complex conflict resolution. Bearing this in mind, it still remains ironic. Madrid was little more than a prize for the Arab states’ support of Washington during the first Gulf War, the cornerstone of a process as hypocritical in its objectives as it was asymmetrical in its interests. Rather than a mere slogan or a calculated tale of stalled conversations, truncated approaches and bitter divides; the peace process is the intentional chronicle of a historical failure, a search for peace flawed by design.

Moreover, this problem that has been entrenched for decades in the land between the Mediterranean and the Jordan river is the greatest indicator, if not the very symbol, of the collective ghosts of colonization and of the geopolitical order that the Second World War handed down to us. In essence, the Israeli-Palestinian conflict represents the challenge of both decolonization and generating new forms of coexistence in the 21st century.

Madrid, home to the Common Action Forum and many of our activities, has also been a symbol of and witness to the latest failed chapters of this great and gradual catastrophe. For this reason, as aligned with our mission of transformation and our commitment to develop new narratives capable of overcoming the dilemmas of our time, CAF will dedicate several consecutive meetings of the OCTAGON Forum to addressing Israel-Palestine. Bringing together experts from around the world, we will explore the contemporary realities facing Israel and Palestine, addressing the challenge of achieving strategies that reorient the narrative of this conflict towards real solutions.

After an endless journey of failed joint declarations, conferences, summits, negotiations, truces and regulations, in 2021 we once again witness Palestinians being expelled from their homes in Jerusalem and Gaza, in a conflict that has claimed hundreds of lives.

In seeking to lay the foundations for new dialogues and more candid perspectives, this first session considers what has gone wrong and what still does not work in the various national and international approaches to the Israeli-Palestinian conflict. In doing so, it is essential to not only examine proposals, but also to analyze the attitudes and expectations of the peace negotiations that thread through three decades of struggle.

What were the significant mistakes of Oslo and the “roadmap”? What diplomatic milestones made a difference in bilateral dialogue? Is mediation by disinterested and biased parties operating outside the conflict really possible?

2nd SESSION
From the map to the territory: humanitarian implications of a marginal project leveraged as a hegemonic instrument

This second session aims to provide a “general understanding” as a starting point for key political analysis of what is probably the thorniest international conflict of the post-war period, often cast as an act of reparation for the Jewish people.

Various phenomena continue to modify the map of Palestine, more than 70 years after the founding of the Israeli state: geographical fragmentation and dispersion of the Palestinian diaspora; policies of immigration, colonization and annexation of territories by Israel; and the “demographic problem” that the Palestinian population represents for Zionism, despite Palestinians making up more than 20% of the Israeli citizenry.

How do today’s so-called “citizenship laws” continue to encourage the occupation of territories marked by the Green Line? What is the role of pro-Palestinian political forces in the post-Netanyahu era? What capacities can the Palestinian community in exile offer in building peace? Is it possible to reach a solution that includes the right of return for Palestinian refugees?

The European nature of the decision to form a Jewish State, the undeniable leading roles of the United States and of a Russia inherited from the USSR, the involvement of the so-called “international community”—so often reduced to the UN Security Council—remain determining factors in the geopolitics of the Israeli-Palestinian conflict. Meanwhile, this conflict continues to stand out as paradigmatic of a dissolving old-world order, despite the fact that many corners of our world continue to bear the scars of colonization and geopolitical maneuvers of the 20th Century’s great superpowers.

Today’s world appears more immersed than ever in a cycle of change, as opposed to the last 50 years. New actors, especially in the private sphere, compete with nation-states, while multilateral organizations address the need for reform.

Can changes in the global power configurations also shape this conflict? What can we expect from third states, including Arab states, or international actors like the United Nations? How does a chronic problem like that of the Israel and Palestine conflict influence the surrounding region’s status quo?

The Israeli-Palestinian struggle embodies the very essence of occupation in the face of tactical resistance forces. The peace process has been buried under layers of political obfuscation and maneuvering, rendering a politically divided and demographically fragmented Palestine vis a vis an Israel with a complex myriad of political factions requiring difficult and fragile coalitions. Does this mean, as many seem to predict, that the two-state solution is dead? Does this render it even remotely more feasible to promote a single state? This session aims to explore scenarios that for decades have represented the options for peace on both fronts. At the same time, it challenges whether some of the persistent obstacles on the road to peace are related to the constructed, potentially artificial dilemma of the two-state solution.

From caution on the ground to the labyrinth of multilateral cooperation, and while keeping the door open to new approaches with potential to surmount the challenges encountered up until now, this session would offer a critical narrative. It examines the results achieved so far as brought about by contemporary constructionism, which in turn breaks with classical realism. In effect, it would open avenues towards the viability of a stable, prosperous and fair territory. 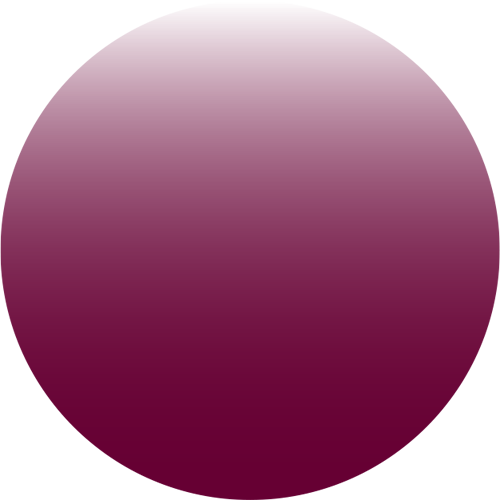 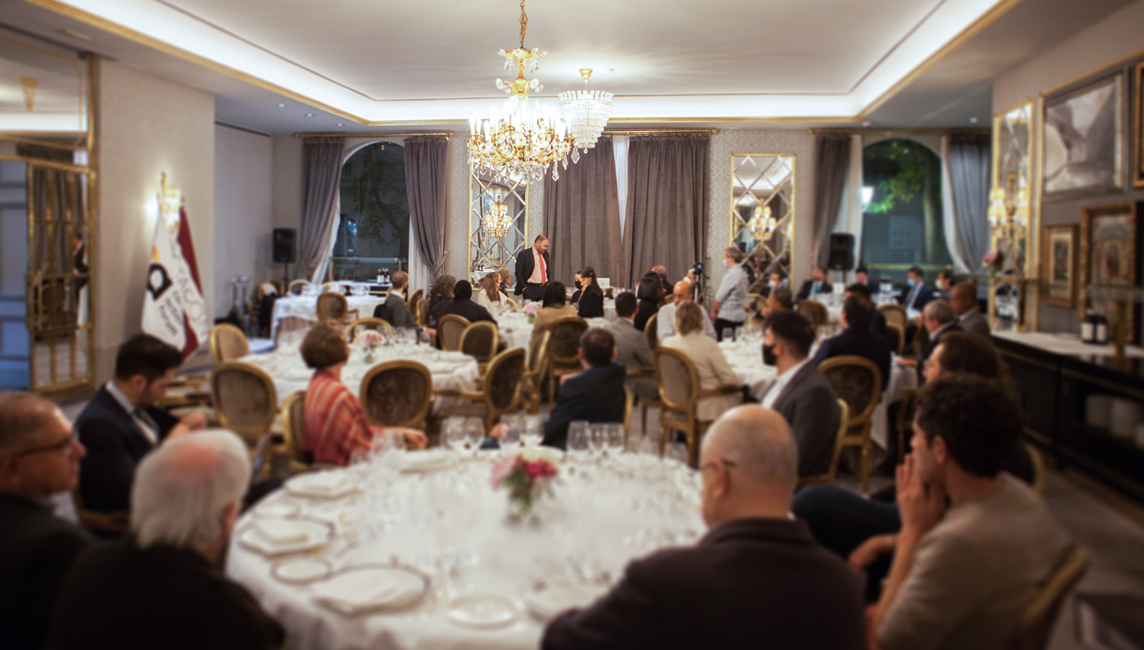 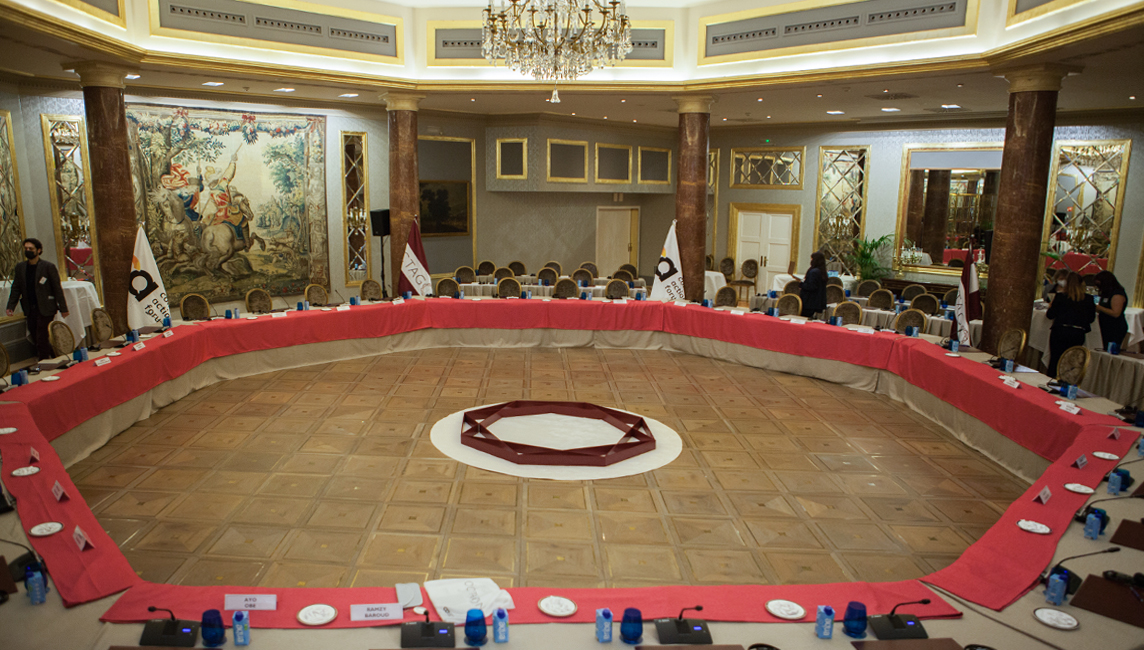 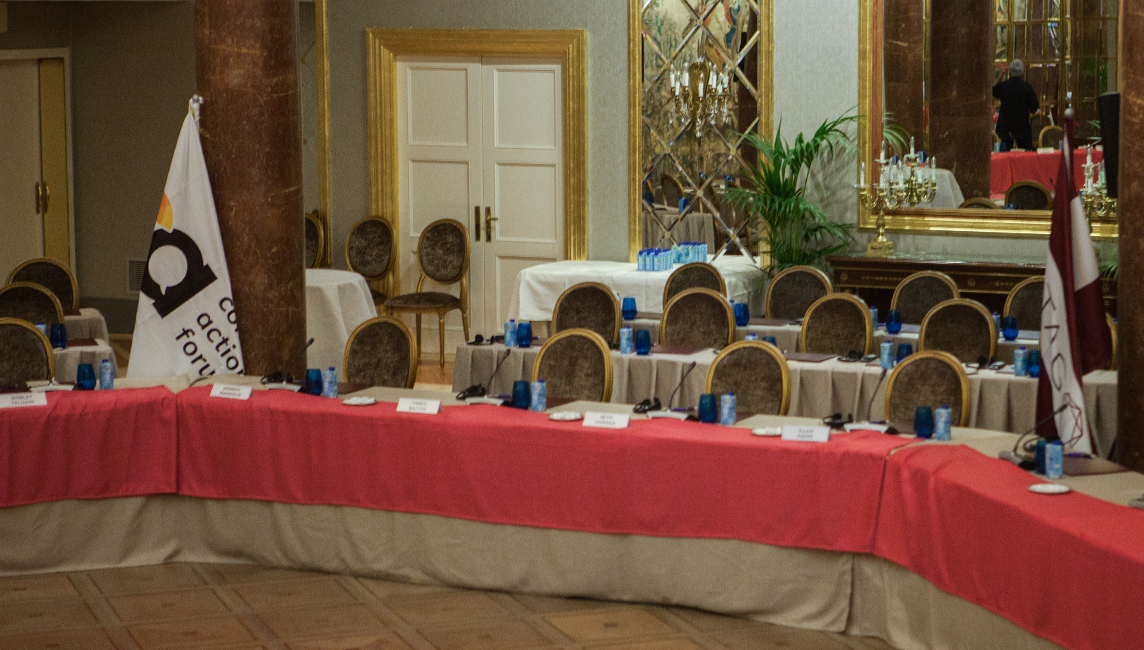 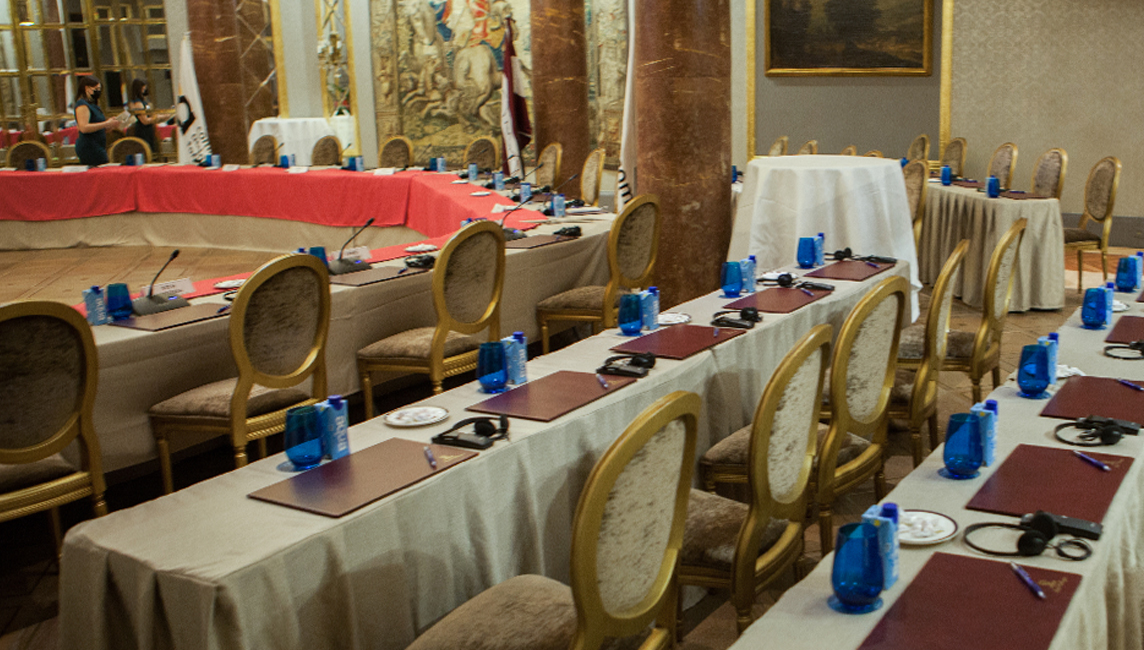 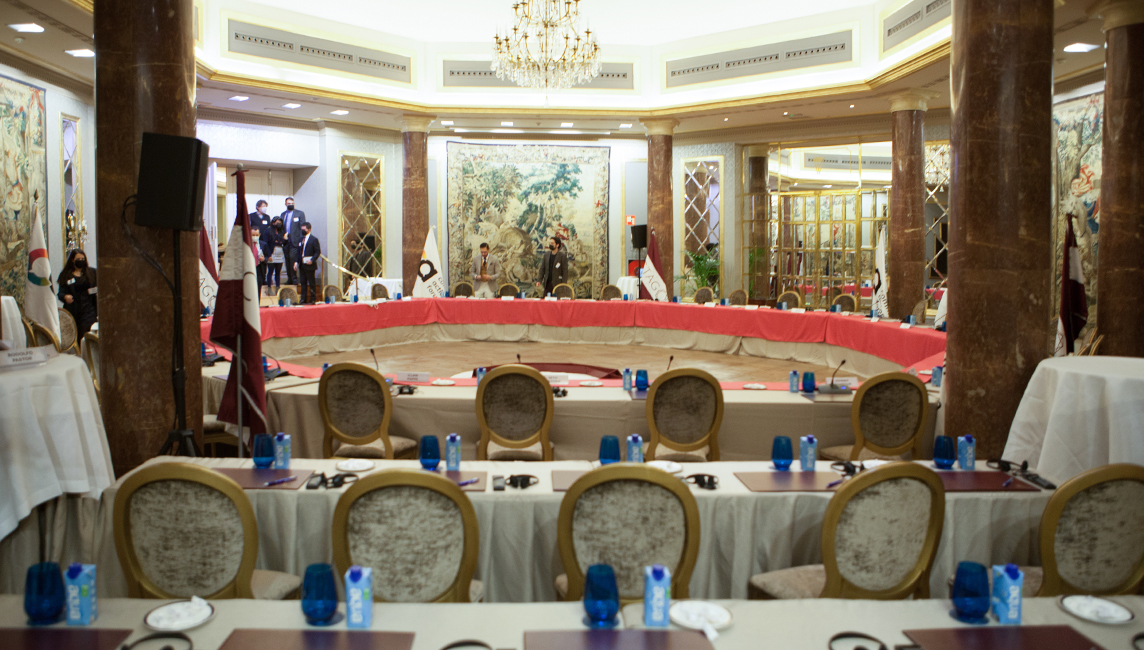 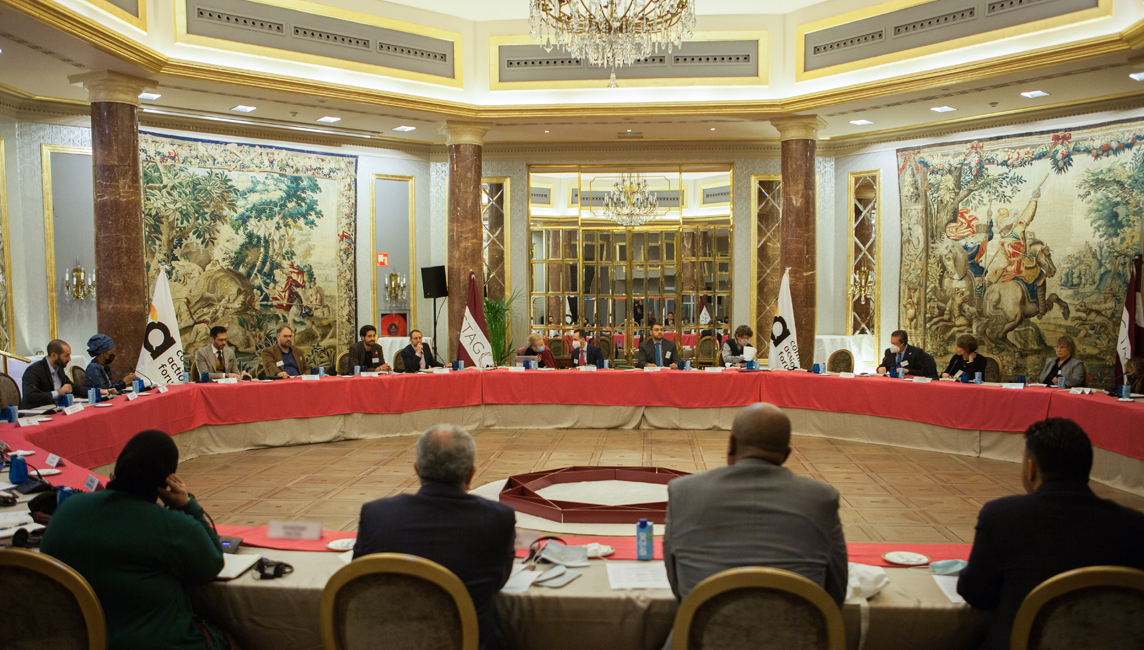 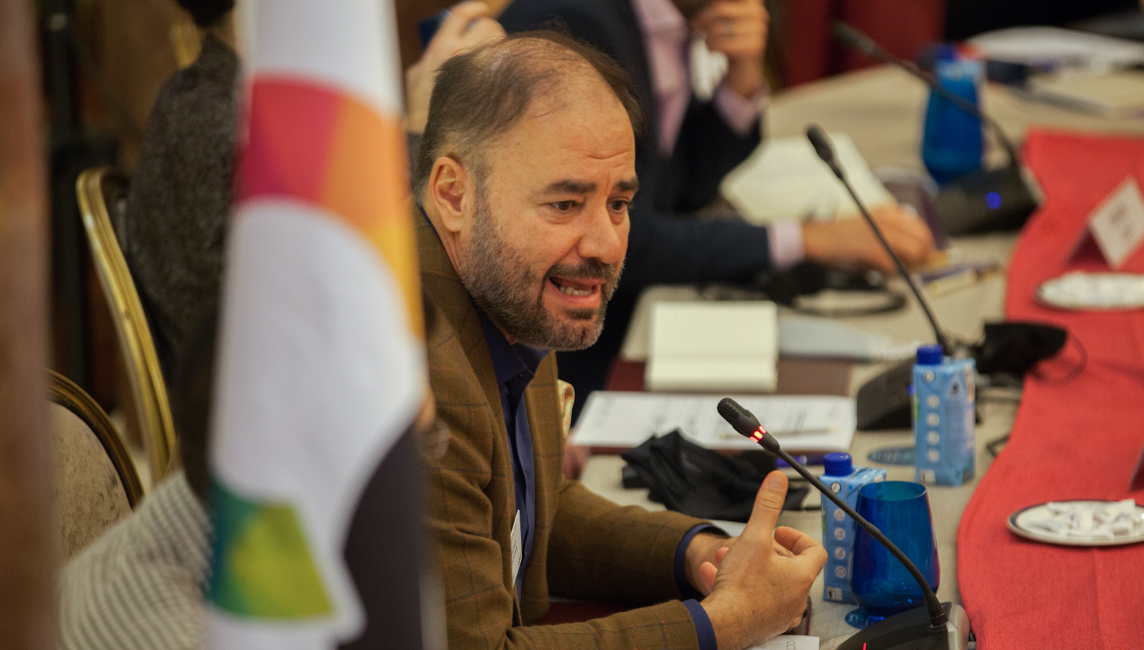 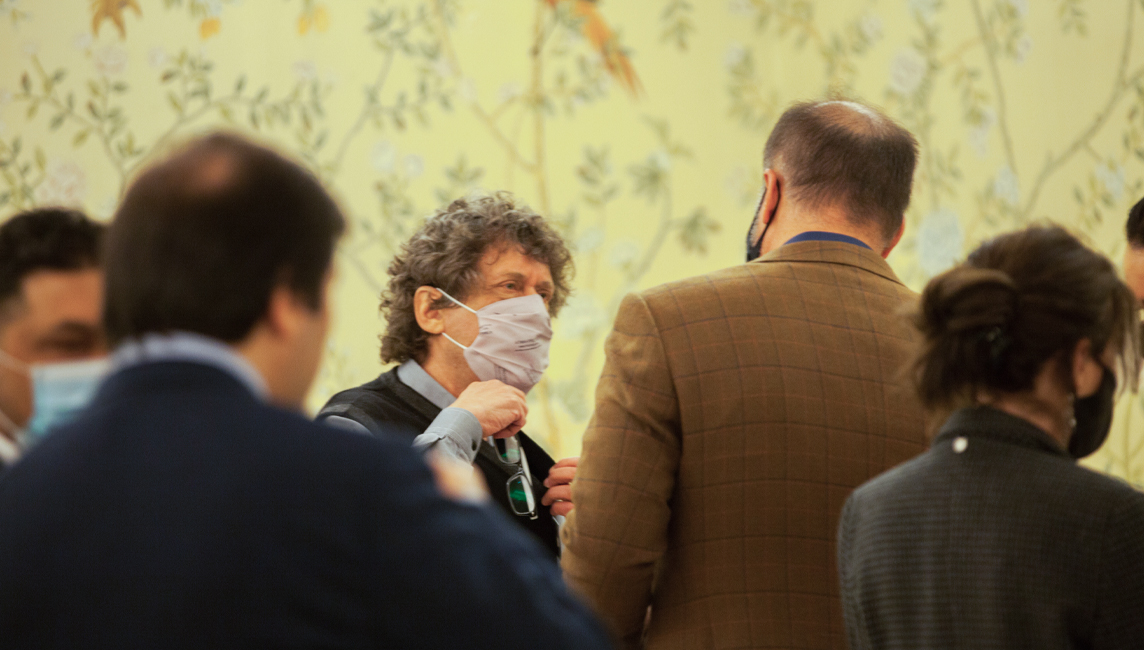 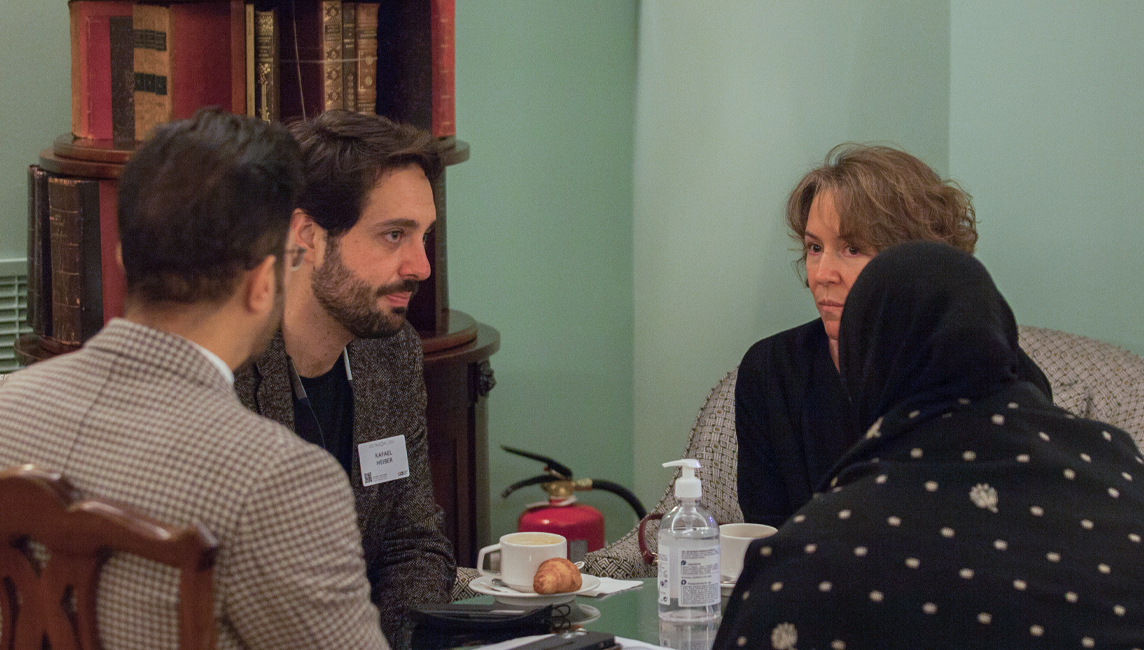 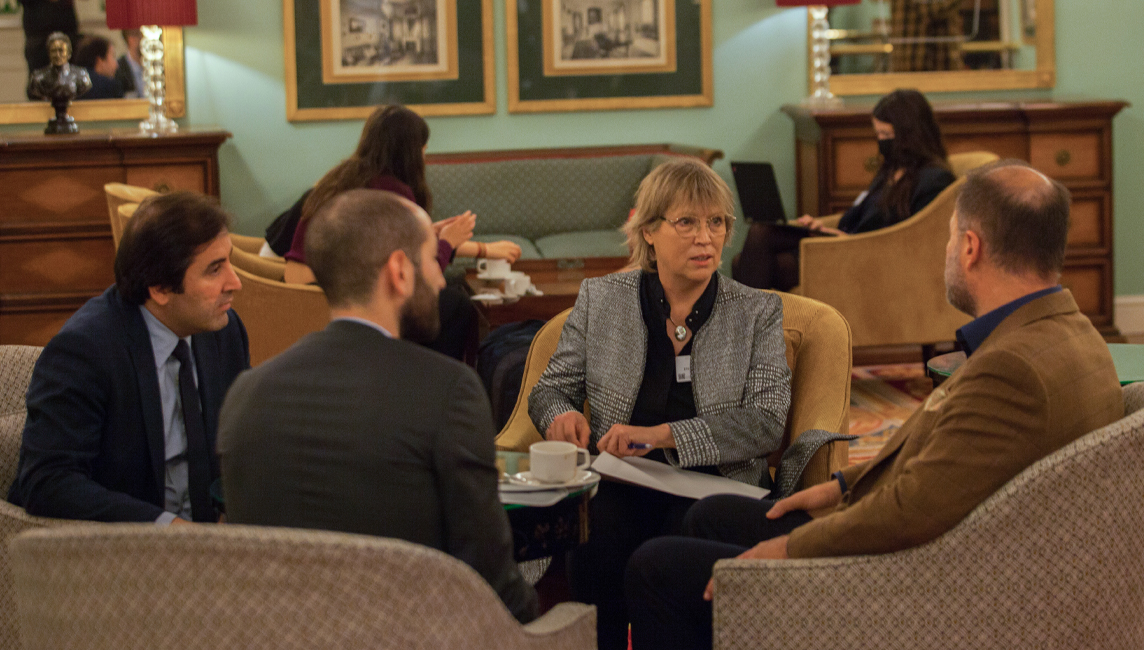 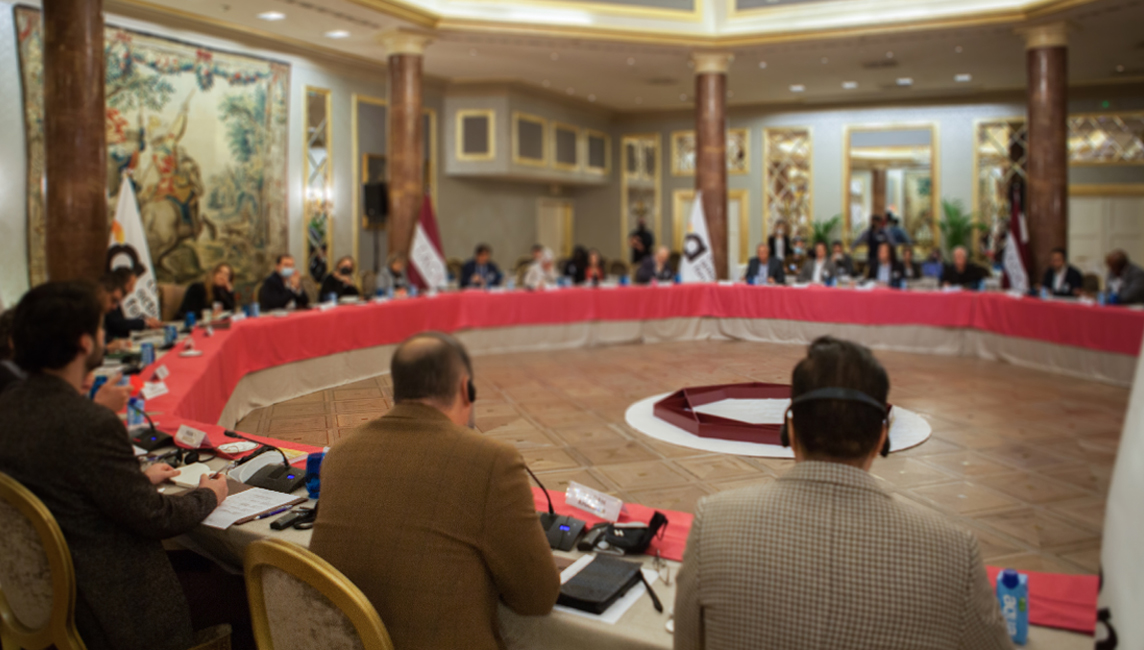 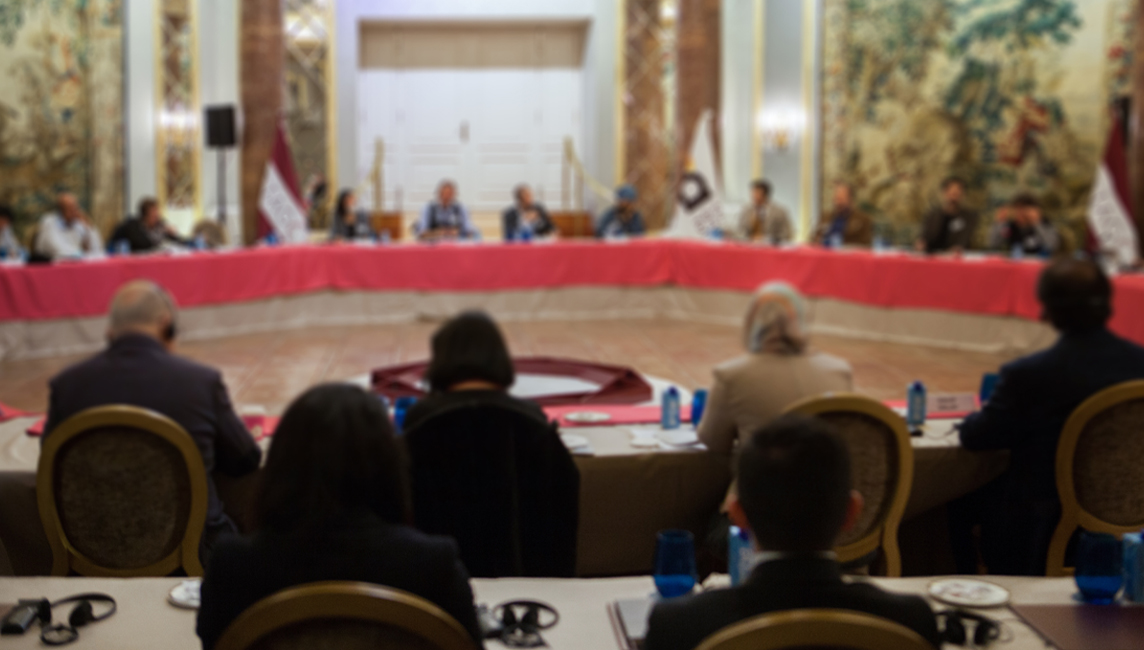 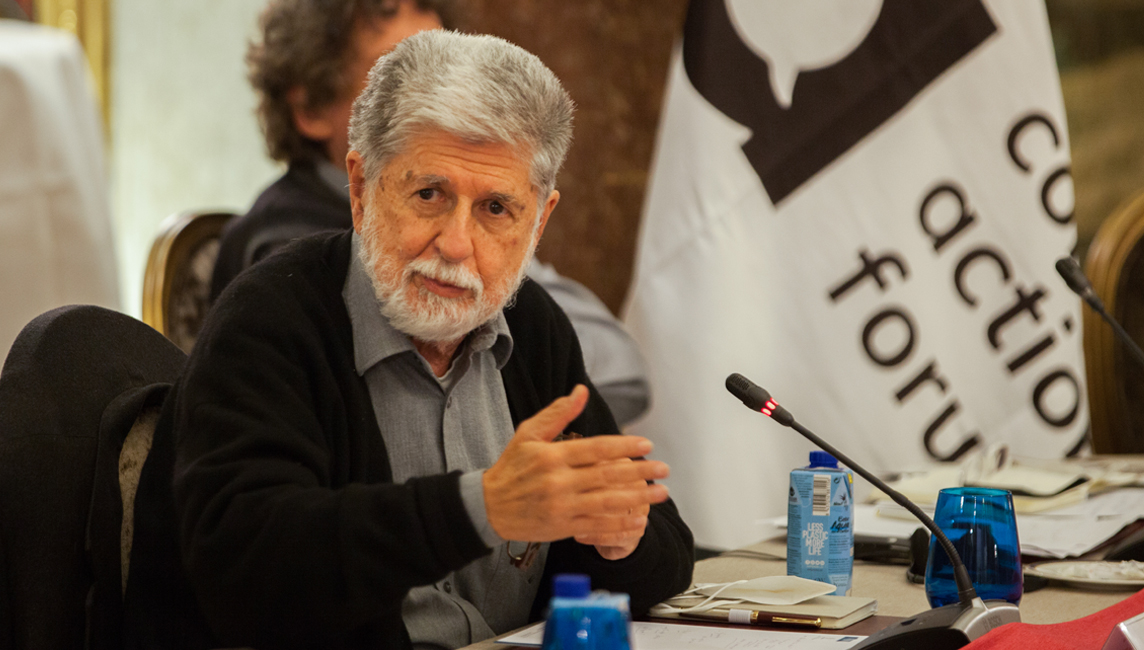