The so-called “pink tide” of progressive governments in Latin America has been a milestone in the development of popular movements and leaders in the region since the 2000s. Before long, the reactionary wave that emerged as a response restored conservative governments in most of the territory, reviving the old ghost of coups d’état, albeit with renewed mechanisms. Today, after a new swinging movement, Latin America is living a political moment that seems to announce a return of progressivism to its institutions; threatened again by a new reaction. This time, one dangerously determined, and even more aggressive and sophisticated than the last. Amid growing polarization, marked by the abuse of public powers and justice, by the so-called “soft coups” and by disinformation, the response of reactionary forces threatens to go from the undermining of democratic principles to their complete dismantling.

Like the grassroots successes of the recent past, the risks of democratic collapse facing the region are unique to each country, but they hide great common lessons that it is vital to unravel. By looking at the experiences of two paradigmatic cases, Brazil and Bolivia, this discussion aims to address both past and present, finding a path capable of strengthening regional integration through the creative alignment of diverse struggles.

Will Brazilian democracy resist the attempts to undermine its legitimacy and the calls for insurrection from the far right? What insights can the experience of Bolivia provide, given after completely re-founding itself, it was the victim of a coup d’état that questioned the solidity of its renewed sovereignty? How to rebuild trust and hope in collective projects in the current climate of tension and extremism? How do we dismantle the narratives and elites that cry out for times that should never return? 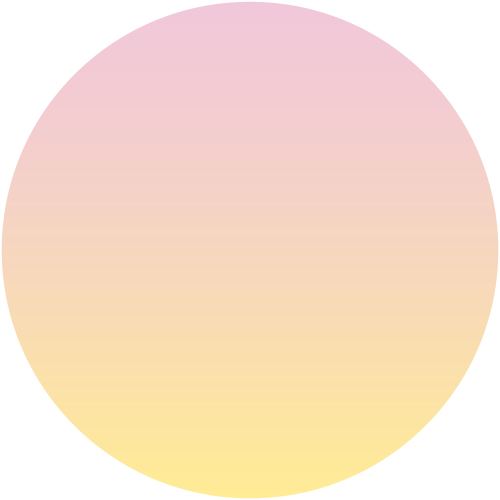 Since a conservative elite challenged Dilma Roussef’s legitimate victory in the 2014 elections, Brazil has been mired in a dramatic political crisis marked by successive coups. After the impeachment in 2016, and the establishment of a provisional government engaged with various oligarchies; came the illegal incarceration of former President Lula da Silva in 2018, and the electoral victory of the far-right Jair Bolsonaro. Since then, the democratic and human rights regressions have led Brazil to become a platform for the global far-right, with devastating effects on social and environmental agendas. Brazilian democracy continues to be attacked and vilified by authoritarian and reactionary forces linked to Bolsonaro, often with the support of the significant military, business, and religious circles, in an extravagant combination of zealotry.

The upcoming and decisive electoral campaign has already begun, clouded by political violence and disinformation. In this context of attacks on trust in the electoral system, and of Trumpist attempts by the ruling party, it is crucial that the whole world, especially the Latin American region, closes ranks in defense of democracy and the will of the people.

This session aims to analyze the risks – and possible scenarios both before and after the 2022 elections – and to reflect on the need for a democratic watchdog movement by global civil society to ensure that the outcome is respected. The panel aims, in short, to call for international solidarity to prevent another coup, that would severely harm Brazil, the rest of Latin America, and the world.

2nd SESSION
They came back, and they are millions, The process of change in Bolivia and its regional implications
[A discussion based on the book Volvieron y son millones, El proceso de cambio en Bolivia (2005-2020), Akal]

“Evo Morales Ayma is the first indigenous president ever elected in South America. A Westerner cannot fully gauge what this event means for the Andean peoples”. This is what Jean Ziegler, former United Nations rapporteur, wrote in 2006 about the first electoral victory of MAS in Bolivia, which radically transformed the country. From a colonial state to a the people’ s government, the process of change in Bolivia not only expanded democracy by means of dual governance (electoral and social), but also entailed a cultural revolution that transferred indigenous forms of organization (eminently deliberative and community-based) to power.

This process of plurinational state building, of collective revision of history and its rituals, is undoubtedly an example for any country that decides to undertake a national re-foundation, a re-elaboration of its framework of coexistence, or a re-reading of its laws and its past. In this sense, having the testimonies of some of the protagonists of the Bolivian experience becomes a valuable opportunity for countries such as Chile, which today struggles with a similar challenge.

Similarly, the coup d’état perpetrated in Bolivia in 2019 demonstrated that electoral victories are at risk of being challenged and overturned, and that it is as vital to win at the ballot box as in the public arena, and in the common sense of societies. Bolivia thus becomes a warning for countries such as Brazil, a reminder that the struggle for equality often generates conservative reactions from those who are reluctant to lose their privileges.

Based on both research and first-person experiences, this session aims to take a retrospective look at the Bolivian case, drawing lessons for the rest of the region; from the standpoint of respect for diversities and the emancipating will that characterized its constituent process. 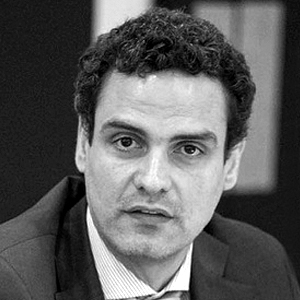 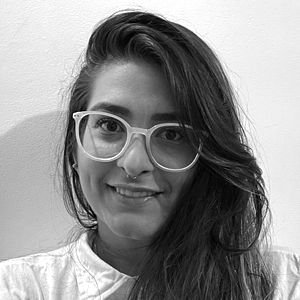 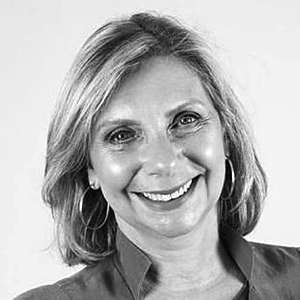 Denise Dora is a Brazilian lawyer and human rights campaigner. Regional Director of Artego19, an organization dedicated to freedom of expression and information, she is also co-founder of THEMIS, an organization that develops projects on gender, justice, and human rights. From 2015 to 2017, she was the Ombudswoman for the State of Rio Grande do Sul (Brazil). 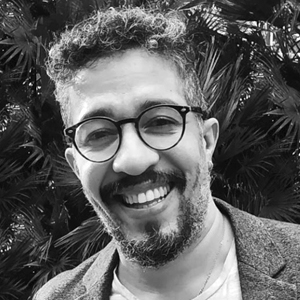 Jean Wyllys is a Brazilian journalist and activist. He was a federal congressman in Brasilia for two terms, and resigning from his third for security reasons, after receiving death threats from President Jair Bolsonaro’s entourage. An LGTBI activist and award-winning writer, he went into exile in Europe. He is currently a Ph.D. candidate, researching in Political Science and fake news at the University of Barcelona. 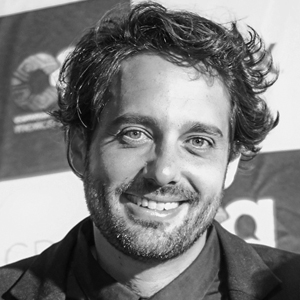 
Rafael Heiber is the Co-Founder and Deputy-Chairman of the Common Action Forum. Geographer and Climatologist with a MSc in Territorial Planning and a PhD in Sociology, his expertise includes the political links between technology, space and citizenship. He participates in academic activities and publishes in the international media. 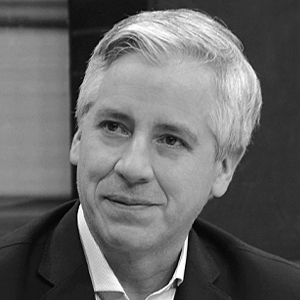 Álvaro García Linera is a Bolivian politician and intellectual, Vice President of Bolivia during the governments of Evo Morales. A Marxist theorist, prolific essayist and columnist, he was a member of the Ayllus Rojos guerrilla and the Tupak Katari Guerrilla Army during the 1990s. He spent five years in prison for ideological reasons, and since his release he has been a member of the MAS-IPSP, serving in the popular government that transformed Bolivia. 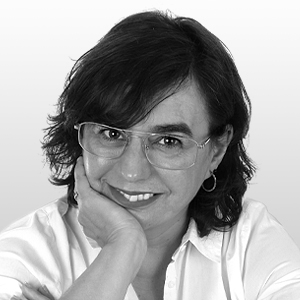 María Lois holds a Ph.D. in Political Science from the Complutense University of Madrid. She has been a teacher and researcher in the area of Political Geography, Cultural Geography, and Geopolitics for over 20 years. Author of several books and scholarly articles, she has recently published rigorous research on the process of political reform in Bolivia that led to the first indigenous person in the country’s history to be elected president. 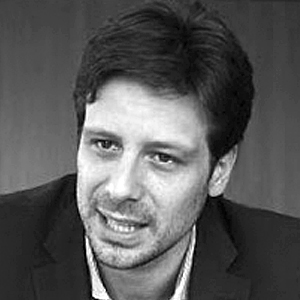 Guillaume Long is a French-Ecuadorian academic and politician. He served as Foreign Minister, Minister of Culture and Heritage, and Coordinating Minister of Knowledge and Human Talent during the governments of Rafael Correa in Ecuador. Historian and expert analyst in international relations, he also served as Permanent Representative of Ecuador to the United Nations. 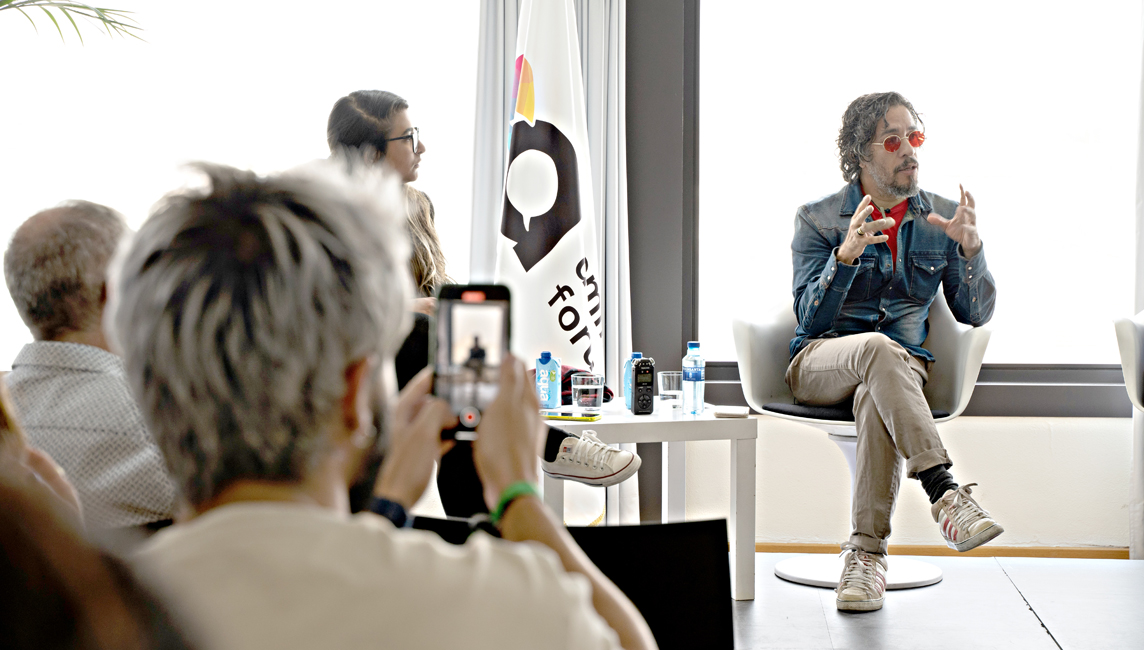 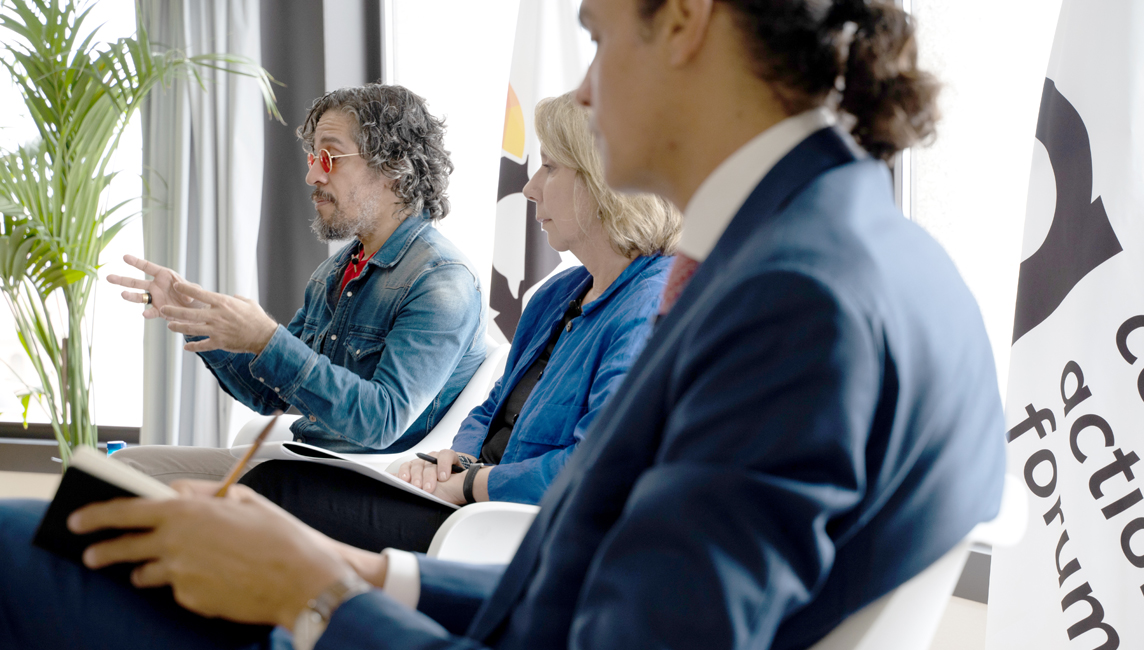 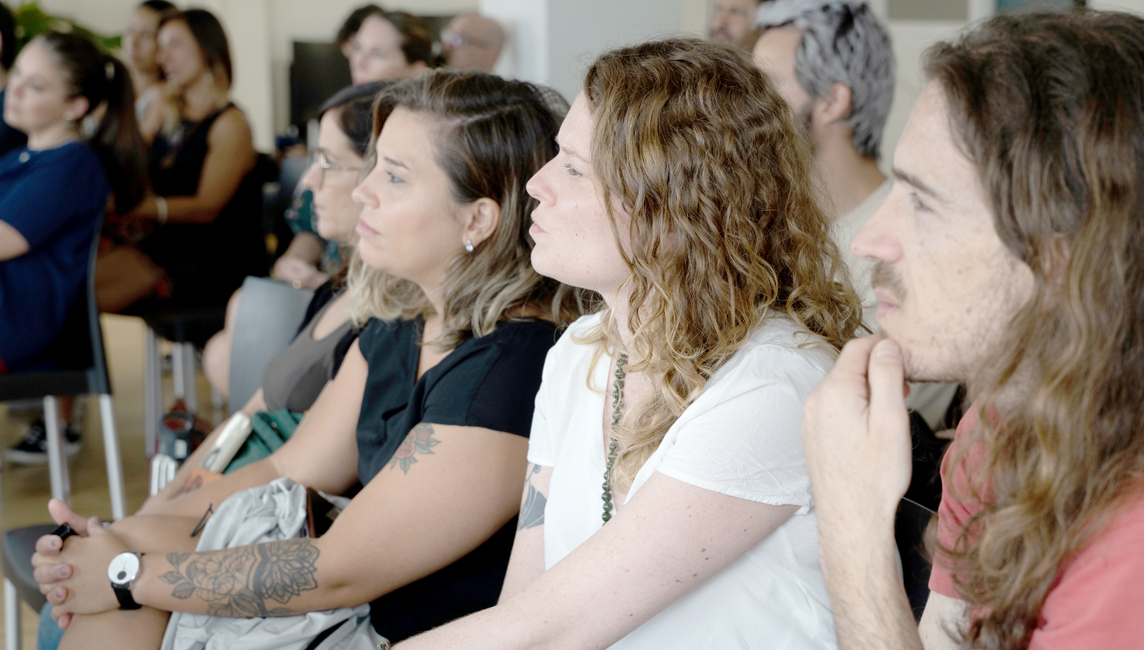 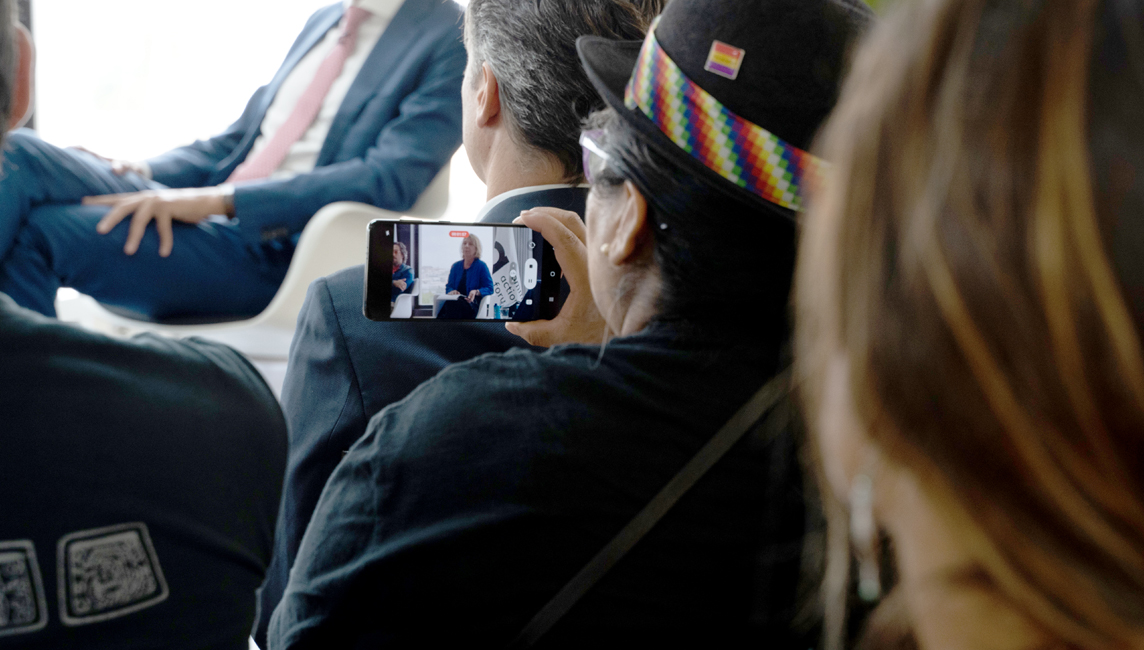 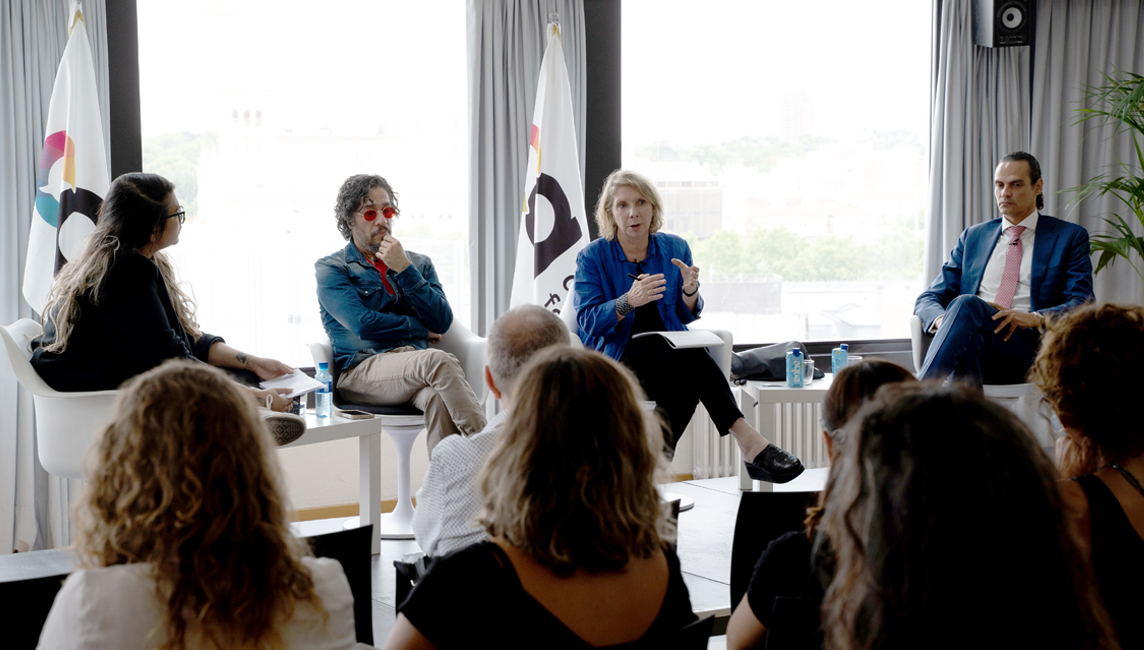 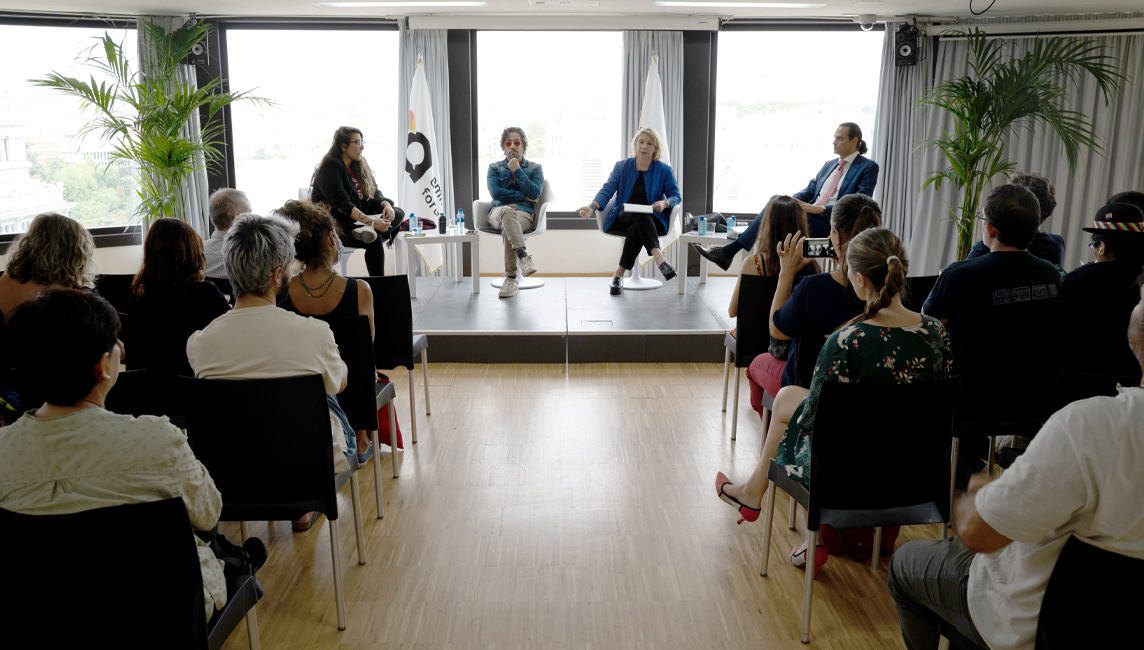 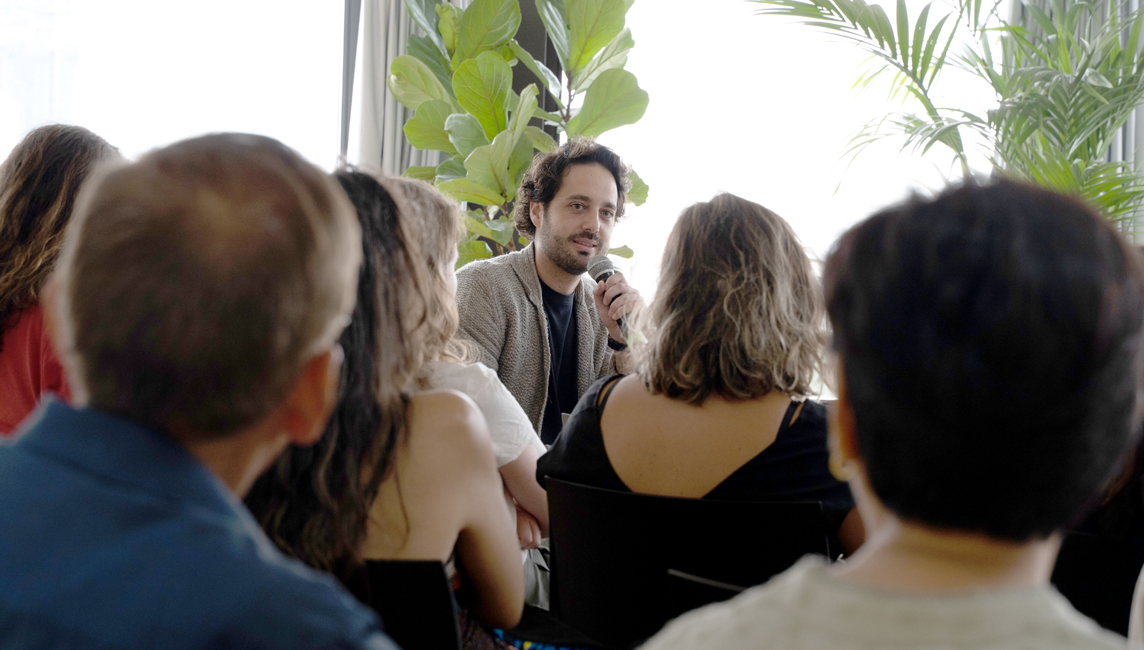 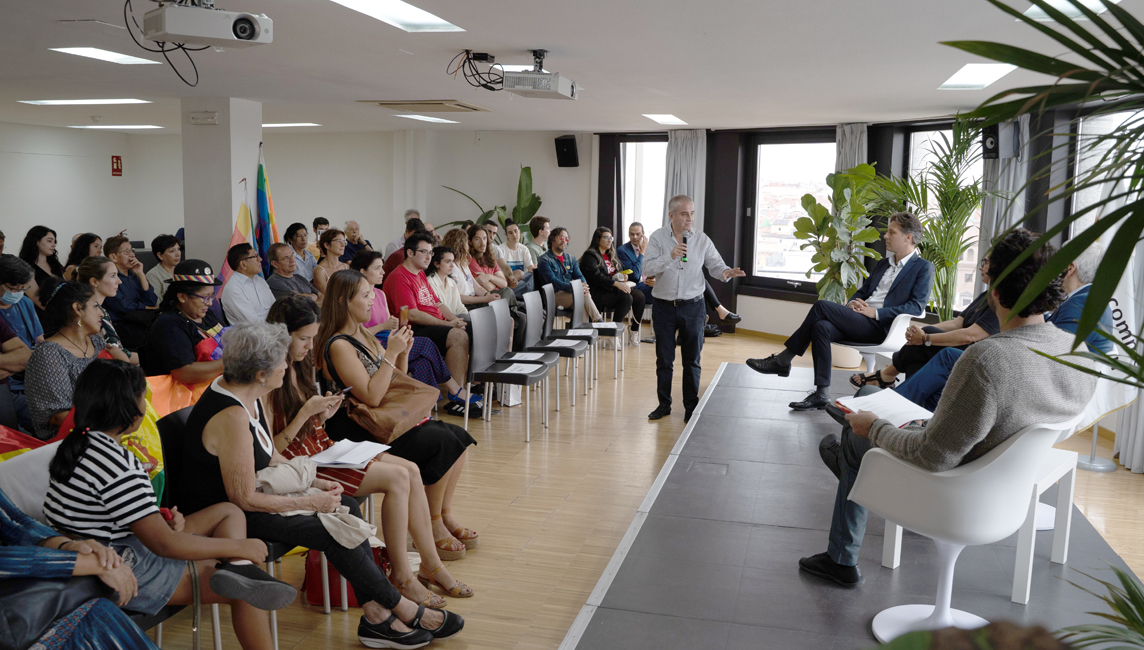 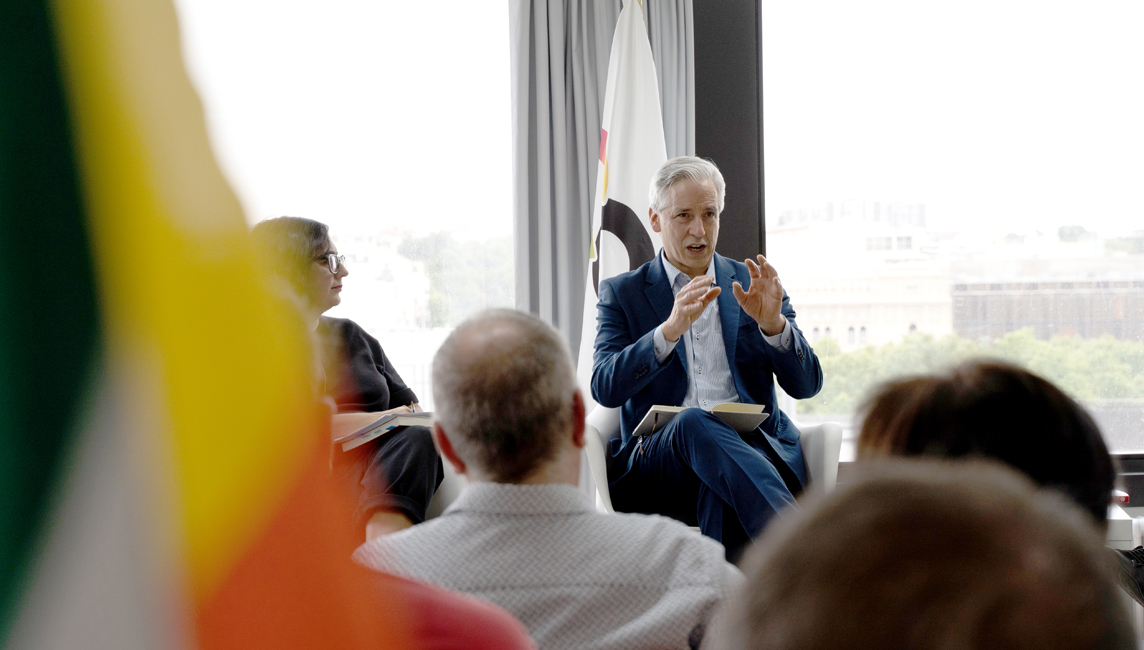 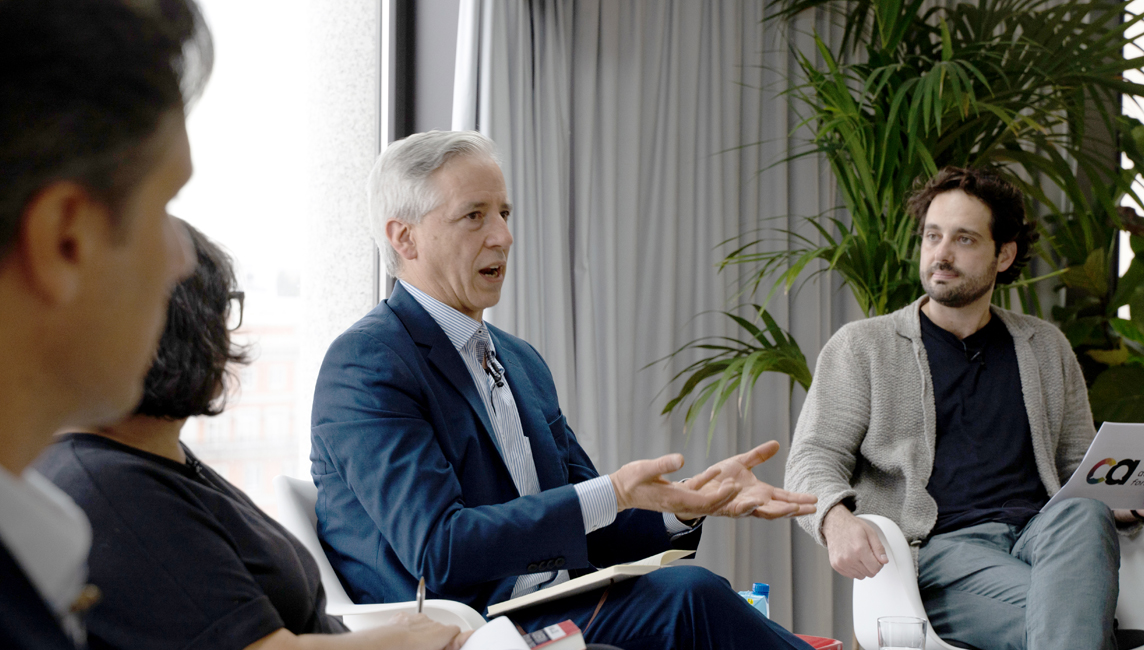 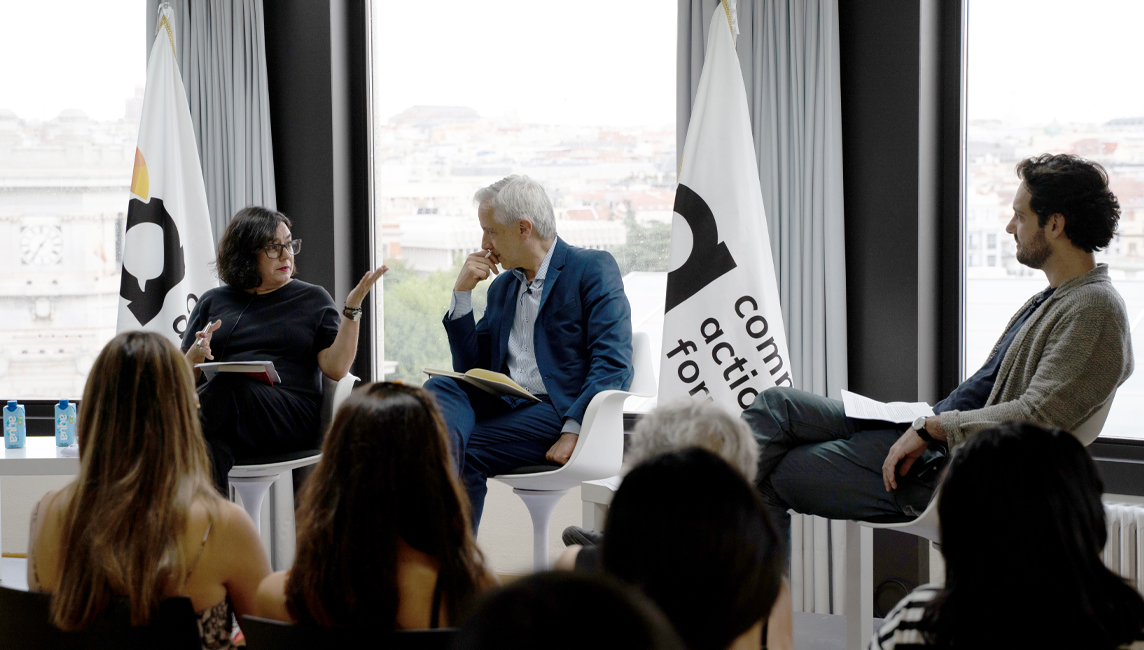 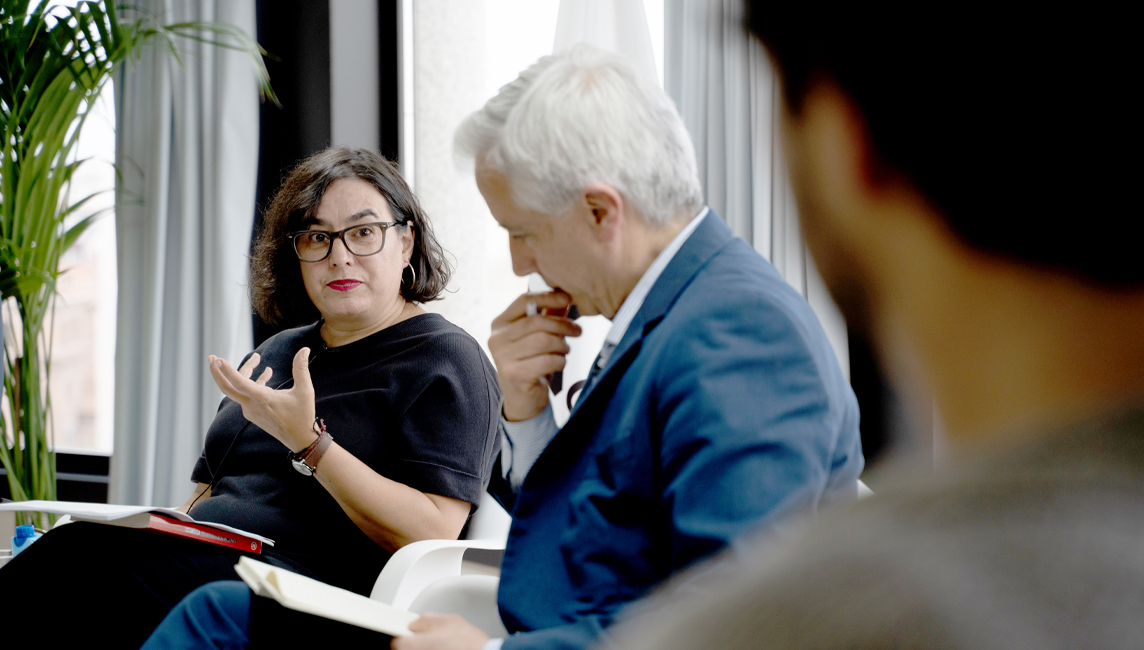 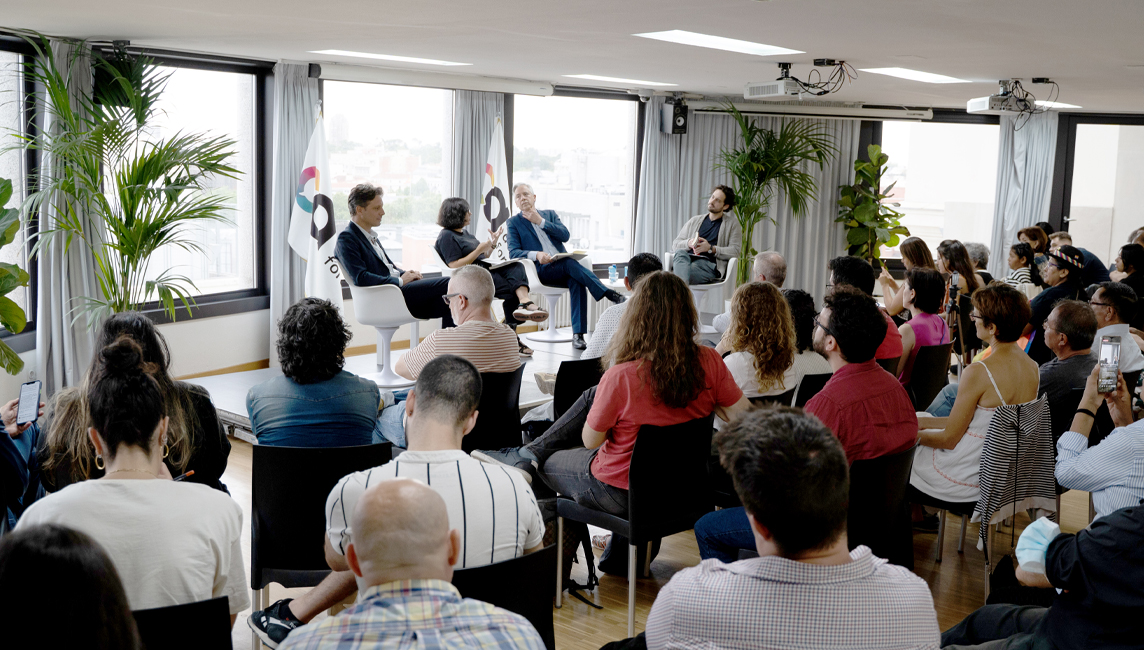 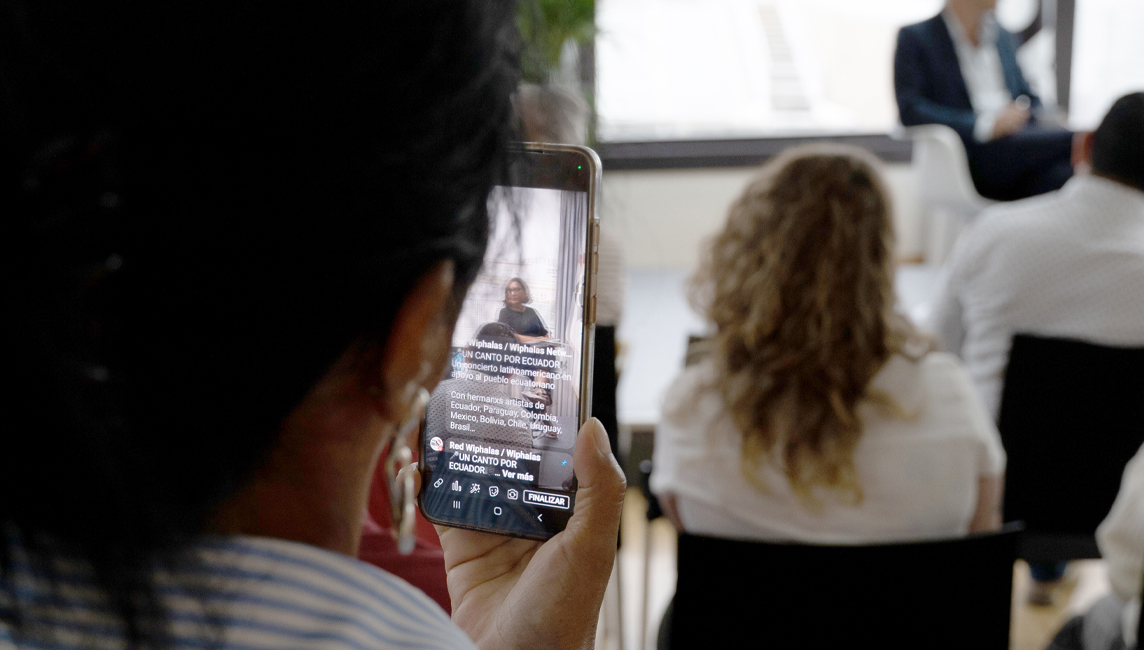 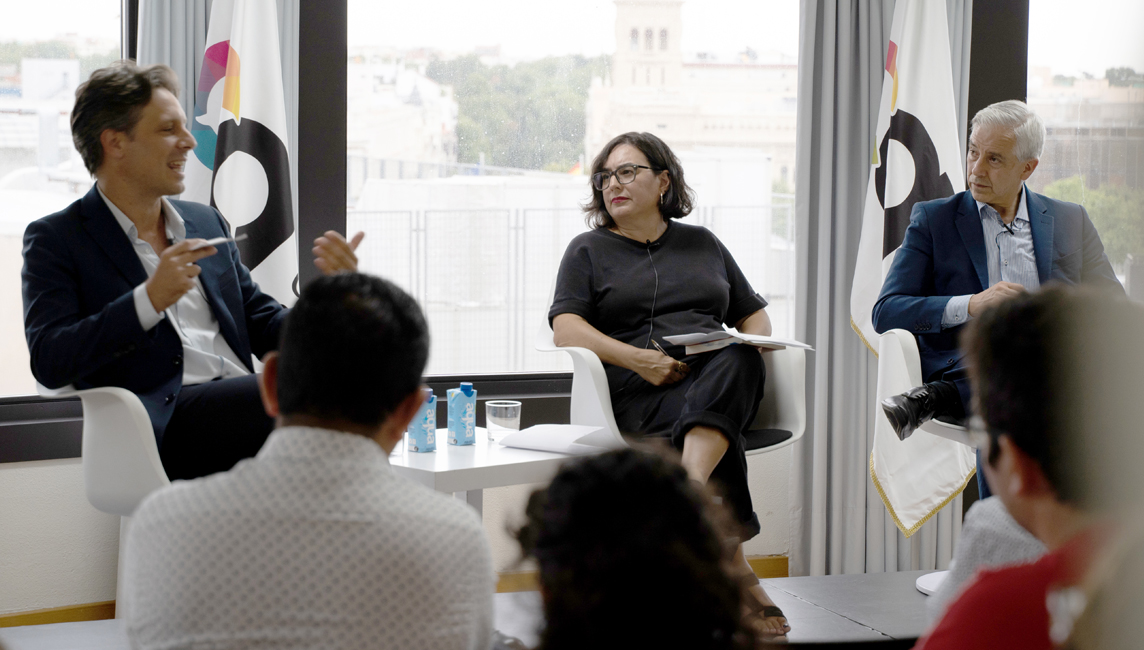